Sometimes teachers need to have fun! 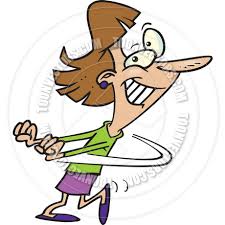 For the most part of my day at college I am spend in endless discussions with teenagers on issues that range from  “what is bothering them right now” to  the serious conversation like we had today.  We watched a program about people who were in a vegetative state and have now been shown to have brain reactions to various questions.  Some major new research that will have a profound effect on  reactions to people who are in a long term coma .

So the range of what we talk about is far reaching and every now and then ……well I just decide to stop being the teacher and have some fun .

Just today one of the students announced it was her birthday and she had ordered a cake to come to the classroom ..Some innate reaction when off in my brain at the mention of chocolate cake and so on the music went and the party began.

Down went the pens and paper and before we could get through the second mouthful of our cake on when the latest top of the charts ….Gangham style .

We all did our Gangham style version around the room [me included} and  it was only natural of course with this generation of technological beings  that a few videos were made  of their teacher doing Gangham style around the classroom  and quickly uploaded onto facebook. As a student in the class is friendly with my daughter this video was quickly flagged in her direction.

Now I have a tendency to dance around the kitchen  in the house and have been asked on various occasion by my daughters if I ever danced in front of my students .

“of course not!”  I would never embarass you like that ?

So it was not long before my phone started

“have you seen yourself”?

Of course I have …but then who cares?

An old friend of mine once told me years ago when I was in my 40,s and him in his 50,s  that there is one really good thing about  moving into the 50 + age group.

It’s the fact that you just could not care less what people thought of anything you did and in fact it just did not upset you anymore if you told people straight just like it is ….if you know what I mean