The Generation of Obese Teenagers

So I decided to write a series of articles on this particular issue. I see it everywhere,  in the classroom, on the streets, in the shops, the village where I live …… just everywhere. It is also an issue that really stood out to me when I came back from Spain some months ago to return to my position as lecturer at the college. 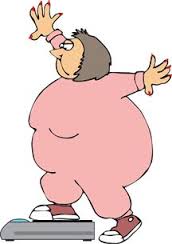 When we returned from Spain My daughters who are 16 and 17 set about catching up with old friends after a 2 year absence and we all noticed that most of them bar a few had put on substantial amounts of weight during those 2 years. Now let me step back here to assure you …I was not being judgmental on these teenagers as people, it was just impossible not to notice the difference that this period of time had made

My job as a Health lecturer and also the fact that I have lived a large proportion of my life so far out of the UK in South Africa allows me the liberty of being able to look at different cultures and their eating habits and way of life. When I returned from South Africa to the UK in 2001 I immediately noticed the deteriorating eating habits of the younger generation and had a hard time convincing my daughters of the benefits of healthy eating. When we moved to Spain in 2010 and returned in 2012 some 2 years later ..I think they got what I had been talking about all those years earlier!

So lets get the information right from the start.

All of have body fat and a few extra pounds are not going to do us any harm but when experts use the term overweight they are talking about much more than just a few pounds.

There are very few people who are not aware of the health problems like Diabetes and heart disease that come with people overweight but the problems range much further.

Being overweight can affect a persons  joints, breathing, sleep, mood, and energy levels. All of these problems can impact a person’s entire quality of life.

More people are overweight today than ever before. We are experiencing an “obesity epidemic.” So younger people are now developing health problems that used to affect only adults, like high blood pressure, high cholesterol, and type 2 diabetes.

So how does one become overweight?

its actually not as simple as you think ….but then it never is .

My next article will discuss the issues that result in weight gain.