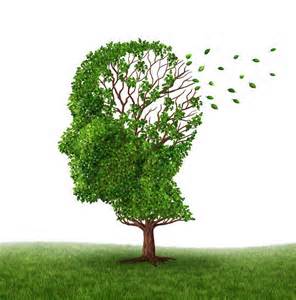 When people get older, they start to experience problems with their body like joint issues, digestive problems, and even problems with their memory. However, not all older people start to have issues with their memory, and it could actually be problems with dementia. For family members that are concerned about whether or not someone they love is susceptible to dementia, here is more information on the causes of dementia that people need to be aware of so they can look for the signs of it in their relatives.
Dementia Can Be Caused By Nerve Conditions of the Brain

Dementia is caused by the brain cells being degenerated, and there are a lot of different conditions that can cause it such as Alzheimer’s Disease, Parkinson’s and Huntington’s. With any of these conditions, the brain cells are starting to waste away, and people are going to have issues with things like their memories, and other basic functions.

Another condition that can affect whether a person develops Dementia or not are the blood vessels that are located in the brain. If a person had a stroke, the blood supply to the brain may be compromised, and the lack of blood in the brain is going to affect the cells. Without blood, the cells in the brain are not getting the proper nutrition that they need from blood to function the way they should.

Dementia Can Be Caused By Substance Abuse

Sometimes people do terrible things to their bodies, such as drink too much alcohol or abuse drugs. However, once people clean up their acts, and stop drinking and doing drugs, the effect can last a lifetime. The high that people get from both drugs and alcohol can be permanently alter the body such as affecting the blood flow to the brain as much as to the heart.
Dementia Can Be Caused By a Lack of Certain Nutrients

People need to remember that without a proper diet, they can be setting themselves up for conditions that will affect them later in life. In order to make sure people are getting the right vitamins and nutrients, people need to add a multivitamin to their diet. If people are lacking in vitamin B12 and folate, then that is going to have an effect on their mental facilities. Brain cells do need blood, and vitamins and nutrients that it contains as well in order to fire off synapses properly, and other mental functions such as memory. Also, a lack of certain vitamins and minerals can also affect the body in other ways, and people need to make sure they are getting the recommended daily allowance of all the important vitamins and minerals in order to be as healthy as possible.

Dementia can happen to men and women when they get older, but there are ways that the condition can be prevented especially if they understand the causes. Dementia can be caused by things like drug abuse, a lack of the right vitamins and nutrients, and suffering from an event such as a stroke. However, if people do take care of themselves, and stay away from substances like drugs and alcohol, then they can prevent ending up with a Demenita, and grow old gracefully and in good health.

Can Your Diet Have An Effect On Dementia?
How Can I Help To Prevent The Onset Of Dementia?
Are There Any Treatments Of Dementia?