Is This Normal or Do I Really Have Irritable Bowel Syndrome?

Unfortunately, there are probably millions of people who have Irritable Bowel Syndrome (IBS) and do not know it or will not admit it. It could go either way because there is no medical test that can lead to a diagnosis of IBS, like tests for diabetes or high cholesterol. In addition, everyone experiences digestion problems at times or episodes of diarrhea or constipation. It is the day you realize that these episodes are happening with regularity or that the quality of your life is declining because of digestive issues that it is time to ask:…..

Is it possible I have IBS? 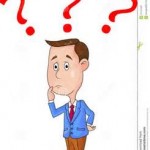 One of the symptoms differentiating IBS from average and random digestion problems is stomach pain. When your gut hurts or experiences noticeable discomfort, it may be IBS. Usually there are multiple symptoms and not just one, making it more likely you will notice the digestive problems are occurring too frequently to be “normal.” The delay in dealing with the condition can lead to anxiety because eventually you will wonder if there is something seriously wrong with your intestines. The anxiety can exacerbate the symptoms, producing more diarrhea, constipation, gas and a host of other symptoms.

Unfortunately, many people do not tell a health professional about the symptoms due to embarrassment. No one really likes talking about their bowels. However, it is important to first rule out other, more serious, diseases or illnesses before starting an IBS diet. A physician will want to know if you have been running a fever or have blood in your stool because these are not IBS symptoms, but they are symptoms of serious diseases like colon cancer.

For IBS to be medically diagnosed, you should have experienced gut pain for at least 12 weeks out of 24 weeks. Any pain experienced should be associated with frequency of the bowel movement, changes in stool appearance or experiencing relief from pain after a bowel movement. Other symptoms include bloating, mucus that accompanies the stool, urgent need to go to the bathroom, difficulty passing stool, bouts of diarrhea and/or too frequent bowel movements, or long periods with no bowel movement.

In a lot of cases, people never get an official medical diagnosis. They are either too embarrassed to talk about their disorder with a doctor, or the symptoms are mild enough to be tolerated. In these cases, many begin to realize that the amount of abdominal pain felt is associated with bowel movements. Once stool is passed, the pain or discomfort eases. They may also begin to notice a pattern that includes a bloated stomach, occasional constipation or diarrhea or both, and a connection between eating and symptoms.

If you have been experiencing ongoing digestive problems that particularly include constipation or diarrhea, and excessive gas and bloating, you may have IBS. There are other symptoms also that include vomiting and nausea, sensations of abdominal fullness (without abdominal enlargement), and an uncontrollable urge to defecate.

One way to begin dealing with suspected IBS is to begin changing the diet to see if the symptoms ease. The IBS Miracle™ – How To Free Your Life From Irritable Bowel Syndrome provides a clear roadmap for dietary and other lifestyle changes that can improve your health by reducing or eliminating IBS symptoms. The message is clear: You do not have to endure IBS because Irritable Bowel Syndrome is treatable. That is good news for anyone suffering the day-to-day embarrassments and discomfort of IBS.