What Is Glycemic Index 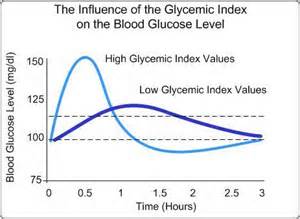 Carbohydrates are a diverse group of foods and all have different ways of breaking down in the system. People with diabetes have a difficult time breaking down certain foods, particularly those high in carbohydrates, in their system. Digestion is slow and sugars and starches are absorbed into the blood stream, causing an excess in blood glucose. Diabetics are often warned to limit their carbohydrate intake because it takes such a long time for most carbohydrates to digest. However, this is easier said than done and it is difficult, if not impossible, for many diabetics to eliminate carbohydrates from their diet. This is one of the reasons many diabetics are non-compliant in their treatment. Because diabetes does not often cause serious complications at onset, many patients refuse to take their medicine and continue eating foods that are high in sugar and starch.

The Glycemic Index is very helpful because it rates different carbohydrates based upon their effect on the different levels of blood glucose. Those foods that digest rapidly cause the less harm to the system and have a low glycemic index. The carbohydrates that take a longer time to digest have a higher rate as they cause more harm to the blood glucose level.

The Glycemic Index ranges from one to one hundred. A low food in the glycemic index has a rating of below 55. These include fruits, vegetables, whole grains and some pastas. Foods that fall between the 56 to 69 range are considered “medium” in the Glycemic Index. They include candy bars, croissants and some rices.

Surprisingly, although a candy bar scores in the medium classification of the glycemic index, it is not as harmful as those carbohydrates that score in the high glycemic index range. These include corn flakes, white rice, white bread and baked potato. In other words, it is easier for a diabetic to digest a candy bar than a baked potato.

Knowledge of the glycemic index is imperative for anyone who has diabetes or who has been diagnosed as borderline diabetic. To be able to understand which foods have the most impact on blood glucose levels is crucial for anyone fighting this potentially life-threatening condition.

If you or a loved one suffers from diabetes, become familiar with the Glycemic Index so that you learn about the different categories of carbohydrates and which groups should be avoided. There are many substitutes for carbohydrates that rate high in the Glycemic Index and are available at most grocery stores. While diabetes is currently without a cure, there are many different ways that people with this disease can life long, productive lives.