Are YOU Drinking Enough Water? 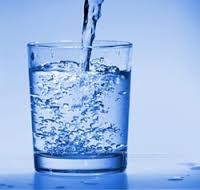 People think that dehydration is when you have not drunk enough water. The truth is that the side effects of being dehydrated involve many of our body systems and the symptoms can range from mild to life threatening.

“Let us start with a little Biology lesson”

Water makes up a large percentage of blood, and the blood brings oxygen and nutrients to the cell which in turn tunes up the immune system throughout the body. Our immune system of course defends the body against disease.

The Lymphatic fluid is part of the immune system. It makes up four times the volume of blood and are designed to remove waste products from one’s body. You can think of it as the drainage system of the body with the pipes [vessels] radiating throughout the body.

Essential systems throughout the body can become damaged if the body does not receive a continuous, safe and reliable supply of water. The vast majority of people actually chronically dehydrated and do not realise it. Over time, long-term health conditions can develop.

A lack of water happens with many people because they drink flavoured alternatives to water. In addition they become further dehydrated by drinking alcohol, caffeinated drinks and sugar-laced water replacements.

When this dehydration process takes hold it compounds itself and starts producing inflammation throughout the body.

Every single one of these conditions can be linked to a chronic state of dehydration as well. Many doctors cannot readily differentiate between water-deficient causes of illness and other potential causes. This can then lead to poor case management and further deterioration of one’s condition.

Many of the symptoms are warning signals or inflammatory signals that are designed to have a healing effect. Unfortunately Medications often turn off these chemical signals without addressing the underlying cause of them.

Many of today’s non-water drinks are actually classified as diuretic and can prevent the body of ridding itself from harmful inflammatory by-products.

The body is constantly undergoing metabolism which is building itself up and breaking itself down. Every cell goes through its own cycle of being formed , dying and being replaced. replaced.

The problem with Inflammation is that it is cytotoxic and can kill cells prematurely. Cellular death is a major contributor to the chronic medical conditions that were previously mentioned.

Learn how you can treat and prevent one of the biggest Migraine and headache triggers–dehydration.

Dehydration inhibits the effectiveness of one’s lymphatic system and allows cellular waste products to linger and create further havoc. Imagine the sewage system of a town not having enough water. Nothing moves along the pipes and all that bad waste which is toxic hangs a around.

Research has now proved that dehydration has a negative effect on one’s brain and can contribute to the development of depression. The brain consumes a large amount of glucose that is delivered via the blood supply. Depression is a major mental condition in our society today and I often personally wonder at the link between the consumption of soft drinks and depression.

Mild dehydration can also cause headaches, it can impair the memory and in turn effect a persons ability to think clearly. Proper hydration is essential for nerve function throughout the body.

Nerves are made of very sensitive tissue and once a nerve dies, there is no re-growth within the central nervous system. This is why a person who has severe nerve damage to the limbs becomes paralysed

Micro streams exist along the length of the nerves and transport nutrients along microtubules to where the messages are being transmitted. Dehydration can disrupt these messages, often resulting in the sensation of pain, fatigue, low energy, loss of muscle strength and poor endurance.

Histamine is a neurotransmitter that plays a major part in encouraging water intake during periods of dehydration. Elevated levels of histamine can also impact and contribute to asthma, depression and chronic pain.

These conditions are often treated with anti-histamines and painkillers and the problem with these drugs is that they turn off the signals of thirst.

Water makes up about 60% of one’s body weight. Obesity has been shown to decrease the percentage of water in the body, sometimes to as low as 45%.

Chronic inflammation and dehydration can alter one’s metabolism and promotes weight gain. Weight gain is one of the leading causes of heart disease, diabetes and cancer.

The brain and kidneys together regulate the amount of water expelled out of the body. When the blood volume is low because of dehyration, the brain responds by stimulating a hormone that signals the kidneys to reabsorb and recirculate water. The hormone is called ADH, Antidiuretic Hormone.

When the overall blood volume falls so does one’s blood pressure. Low blood pressure is a leading cause of dizziness and feeling like you may faint when you stand up. A rapid heart rate is also a sign of dehydration. This happens as the Heart rate increases to try and

maintain and elevate the blood pressure.

Cancer cells are produced normally in the body from birth to death. These are mutated cells and they float around in the blood and can develop into tumours and masses.

Cancer cells are registered as reject cells by one’s immune system and they are marked to be destroyed. Dehydration reduces the overall volume of blood and lymphatic fluids that are essential to this healthy immune system response.

The vast majority of people get their only water intake through the foods that they eat. It’s important to avoid high-protein diets if one does not drink water or eat enough fruits and vegetables. Protein has significantly less water, especially highly processed and dried meats.

While it may be difficult to drink eight glasses water per day, water does play a significant role in maintenance of health and the prevention of disease.

Learn about Dehydration symptoms, diagnosis and treatment in the Merck Manual. HCP and Vet versions too!

ClickBank X-Ray (1000 Millionaires Already)
How does Gluten impair your brain
Diabetes Cured 13 years ago, Are You Drinking enough Water