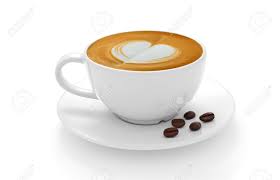 In an effort to boost your metabolic rate and burn more calories, even at rest, your cup of morning coffee

may be giving you more of a boost than you realize. Caffeine is found in a number of different drinks and foods, but primarily coffee, teas and chocolates. Manufacturers also put caffeine in power bars, pre-workout stimulants and diet pills. For the most part the idea behind caffeine in diet pills used to be to curb your appetite but as more research has been done we are finding that caffeine has another benefit.

Caffeine is a nervous system stimulant. You can actually take too much caffeine, equivalent to more than 400 milligrams in one day. Depending upon who is making the coffee that amounts to roughly 4 cups of brewed coffee (8 ounce cups!) or 2 energy shot type drinks. (1)

Caffeine can make you feel jittery or shaky, make it difficult to fall asleep, make your heart beat faster, increase your blood pressure, cause headaches and it is addictive. This means that you become physiologically dependent on the caffeine and need more and more of it each time to get the same psychological and physical effects of wakefulness. The FDA classifies caffeine as both a drug and food additive. (2)

In the short term caffeine appears to increase metabolism and increase the metabolism of fats in the body. Scientists bore this out in research published in Food Science Biotechnology and the American Journal of Clinical Nutrition to name just two. (3,4) Unfortunately, because caffeine is a drug and your body will acclimate to the effects, over time the effect of fat metabolism and boosting the rate of metabolism will also reduce.

But, even if drinking your daily cup of coffee before a workout doesn’t give you the same boost in metabolism, it can continue to help you eat less and increase your ability to work longer in the gym. And, because it is a drug and you can build up a tolerance over time, you can also cycle the use of the drug by taking it for 2 or 3 weeks and then stopping for the same amount of time. During the time you don’t use it the drug will flush out of your system and your body will become sensitive once again to the effects of the caffeine.

(2) FDA: Medicines in my Home
http://www.fda.gov/downloads/drugs/resourcesforyou/consumers/buyingusingmedicinesafely/understandingover-the-countermedicines/ucm205286.pdf

(3) Food Science and Biotechnology: effect of caffeine on the metabolic responses of lipolysis and activated sweat gland density in human during physical activity
http://link.springer.com/article/10.1007%2Fs10068-010-0151-6

(4) American Journal of Clinical Nutrition: Caffeine and coffee: their influence on metabolic rate and substrate utilization in normal weight and obese individuals
http://www.ncbi.nlm.nih.gov/pubmed/7369170

Journal of sports and science: influence of caffeine on perception of effort, metabolism and exercise performance following a high fat meal
http://www.ncbi.nlm.nih.gov/pubmed/16815783

International Journal of Sports Nutrition: influence of caffeine on metabolic and cardiovascular functions during sustained light intensity cycling and at rest
http://www.ncbi.nlm.nih.gov/pubmed/10660867