Do You Crave Chocolate after a hectic day? 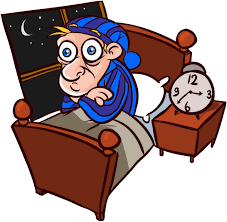 If you crave chocolate or Cheetos after a hectic day, it may be because you’re sleep-deprived, a new study suggests.

Researchers have found that lack of sleep may lead to increased appetite and an affinity for unhealthy foods.

According to the Centers for Disease Control, one in three U.S. adults don’t get enough sleep and roughly the same percentage are obese. Study author Erin Hanlon, a research associate at the University of Chicago, aimed to connect these two nationwide problems.
“Evidence from laboratory and epidemiological studies has started to consistently associate insufficient sleep with an increased risk of obesity,” she said.
Lack of sleep can be a risk factor because it boosts hunger, due to the delicate balance between the nutrients consumed and the energy costs of staying awake, which remain generally the same whether you’ve had enough sleep or not.
Hanlon’s study, published in the journal Sleep, compared 14 otherwise healthy young adults who had four nights of normal sleep (8.5 hours) with those with four nights of restricted sleep (4.5 hours). Both groups were provided with carefully prepared meals. On the final day, participants were given a healthy meal, followed by free rein at a snack bar containing tasty treats including cookies, candy and chips (what researchers dubbed “highly palatable, rewarding snacks”).
Those in the sleep-deprived group tended to eat snacks with more carbohydrates and nearly twice as much fat and protein.
The team’s previous research suggested that sleep deprivation affected levels of endocannabinoids, chemicals in the brain that are involved in regulating appetite and bind to the same receptors as marijuana.
Hanlon’s team, from the University of Chicago, Universite Libre de Bruxelles and Medical College of Wisconsin, was able to measure the concentration of a specific endocannabinoid called 2AG in the blood. For both groups, the researchers matched those levels with hunger and food intake.
Under normal sleep conditions, the concentration of 2AG endocannabinoids gradually increased in the blood during the day, reaching a peak in the early afternoon that coincided with the onset of early afternoon munchies.
But for subjects who had less sleep, not only did researchers note greater increases in 2AG concentration that lasted into the late evening, but participants were also hungrier and more likely to eat unhealthy snacks.
This study is an important step in understanding the relationship between the endocannabinoid system, sleep deprivation and weight gain, Hanlon said.
Do You Get enough sleep?….if not then check this out-How to Fix Neural Imbalances and Cure Insomnia