What is the differences between MS and fibromyalgia? 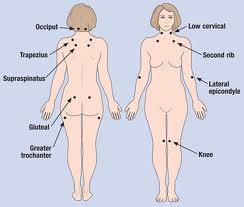 The Differences between MS and Fibromyalgia

According to Livestrong.com, “Fibromyalgia and multiple sclerosis are potentially debilitating disorders that lead to chronic pain. Fibromyalgia is characterized by muscle pain and stiffness, profound fatigue and difficulty sleeping. Multiple sclerosis can cause a wide range of symptoms, including vision problems, muscle weakness, painful muscle spasms and poor bladder control.

Both fibromyalgia and multiple sclerosis tend to affect women more often than men. Neither disorder has a clear-cut cause. Despite these similarities, important distinctions separate the two conditions.”
“Estimates vary, but about 5 million people in the U.S. have fibromyalgia, say authors of a January 2008 article in “Arthritis and Rheumatism.” People with fibromyalgia experience widespread muscle pain and tenderness typically involving the neck, shoulders, hips and back. Severe muscle stiffness is often present in the morning and tends to improve over the day.

Many people with fibromyalgia report insomnia and intense fatigue. Headaches, depressed mood, anxiety and difficulty concentrating are also common. Researchers have not identified the cause of fibromyalgia, but immune system or hormonal abnormalities may be to blame.”
What about multiple sclerosis? “

Approximately 300,000 people in the U.S. have multiple sclerosis, according to a March 2012 review article in “Pharmacy and Therapeutics.” As with fibromyalgia, researchers are not entirely sure why people develop MS. Nevertheless, multiple sclerosis is classified as an autoimmune disorder, whereas fibromyalgia is not.

An overly active immune system is thought to trigger the body to attack brain and spinal cord tissue, leading to MS symptoms. People with MS frequently report trouble with blurry vision, difficulty walking and loss of bladder control. MS symptoms tend to fluctuate in intensity over time. In contrast to fibromyalgia, however, MS symptoms are not necessarily worse in the mornings.”
Even their treatment is different, “Although overlap exists between fibromyalgia and multiple sclerosis symptoms, different medications are used to treat the two disorders. As of the time of publication, three medications have been approved by the U.S. Food and Drug Administration specifically for fibromyalgia: duloxetine (Cymbalta), pregabalin (Lyrica) and milnacipran (Savella). Though these medications address chronic pain, they have not been approved for the specific treatment of MS. A number of other drugs, called disease-modifying agents, have been approved by the Food and Drug Administration to help prevent multiple sclerosis flare-ups. Disease-modifying drugs used with MS include glatiramer (Copaxone), mitoxantrone (Novantrone) and natalizumab (Tysabri).

Unlike medications for fibromyalgia, these agents target immune system activity thought to contribute to MS.”
One thing they share is that they tend to extensive evaluation processes, “An extensive physical exam can aid in the diagnosis of fibromyalgia and multiple sclerosis.

Since fibromyalgia predominantly causes muscle symptoms, diagnosis is based, in part, on a detailed muscle exam. According to 2010 American College of Rheumatology guidelines, a fibromyalgia diagnosis is likely when a person has muscle tenderness at 7 or more specific anatomic sites. To be considered fibromyalgia, no other underlying disorder can explain symptoms, and symptoms must persist for at least 3 months. Multiple sclerosis, on the other hand, causes more neurological symptoms than fibromyalgia.

As a result, the physical exam focuses more on brain and nerve function. Evaluation of the brain with magnetic resonance imaging and a spinal tap is also helpful in diagnosing MS, according to widely used criteria published in February 2011 in “Annals of Neurology.” These tests do not play a role in the diagnosis of fibromyalgia.”