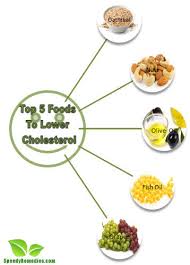 These include Flora pro.activ and Benecol yogurt shots, as well as other products containing stanols and sterols. These naturally occurring molecules, which are found in plants, block the absorption of dietary cholesterol, which is then excreted with other waste.

Studies have shown that plant sterols reduce cholesterol levels by seven to ten per cent within three weeks, as part of a diet low in saturated fat.

You need to consume 2g in one go alongside your biggest meal of the day, each day, to get the full effect. The best form is the yogurt shot drinks that provide this amount of plant sterols alongside just under 40 calories and 1.4g of fat. You need to eat six teaspoons of fortified margarine to get the same amount of sterols, which delivers 150 calories and 18g of fat, although low-fat margarines  with sterols are now also available.

ADVICE
Drink with your main meal as sterols reduce the amount of fat absorbed. If you take with your morning coffee or small amounts  through the day it will not produce the same benefits

2.FIBRE
The high fermentable-fibre content of beans and pulses means that they cannot be digested easily by the gut. This fibre binds to cholesterol so that it is removed through waste. High-fibre bread can be added to the diet to boost fibre intake further.
A meta-analysis of 67 studies on dietary fibre and cholesterol levels revealed that consuming more fibre helped reduce ‘bad’ LDL cholesterol by a small but significant amount.

Fibrous foods such as beans also trick the body into absorbing less saturated fat, which can help control weight and protect arteries from heart disease.

Take about Eighteen grams a day. Around 5g will come from oat-based products and you can get the rest from just a slice of high-fibre toast and two tablespoons of beans. Fruit and veg will also boost fibre intake.

Just swapping white bread for wholemeal can lower cholesterol levels, a manageable step for everyone.

Most nuts, including almonds, walnuts, pecans and peanuts, are good for lowering cholesterol. However, avoid salted varieties, especially if you have raised blood pressure. It is not clear how nuts lower cholesterol, but it might be because they contain plant sterols as well as monounsaturated fats that protect blood vessels from damage. They are also high in fibre and Vitamin E

In 2010, an American analysis of 25 studies on nut consumption and blood fat levels found that eating a portion every day (eight to ten nuts, or a small  palm-full) reduced overall cholesterol by five per cent and was particularly good for people with high levels  of ‘bad’ LDL cholesterol.

ADVICE
Nuts are very filling, so not only do they reduce cholesterol, but they can stop you snacking on too many other fatty foods afterwards. While nuts are high in calories, it is unlikely that all the energy is available to the body.’

4. SOYA
Soya milk, soy nuts, tofu and soya yogurts  may help the liver to take ‘bad’ LDL cholesterol out of the bloodstream. Using soya to replace dairy and meat can also displace saturated fat from the diet.

There is some evidence, including a 2011 study, that soy protein can help reduce total cholesterol.

Although the effects were modest, some experts say that because soy products such as tofu often replace meat in the diet, they reduce the intake of saturated fat from other sources.

Experts recommend having at least two to three portions a day. That is equivalent to half a litre of soya milk and a soya yogurt. The reduction in cholesterol may be as much as five per cent, but scientific proof  for this is limited.

Start with one portion a day and slowly build it into  the diet from there. ‘If you don’t like soya, follow the other tips instead,’ advises Catherine Collins.

However, they help to make the artery walls stronger, meaning that they are less likely to be damaged by cholesterol. These fats are also cleared easily by the body.

Studies suggest that replacing saturated fat such as lard and butter with these oils results in a fall in cholesterol. It may also stop LDL causing inflammation in the arteries, a key risk factor for cardiovascular disease.

Two tablespoons a day used in cooking. A 2002 study found that consuming this amount of olive oil each day decreased total cholesterol by eight per cent in six weeks. Generally, studies suggest that virgin olive oil is best.

ADVICE
Polyunsaturated fats from sunflower oils were considered to be as good as olive oils, but recently it has emerged that having too much of them causes oxidation, meaning they may increase furring of the arteries. However, remember that polyunsaturated fats are still better than butter and lard.

6.OATS
Oats contain compounds called beta glucans, which give them their paste-like consistency? The beta glucans form a thick gel inside the digestive tract  and bind to cholesterol in the gut, helping to prevent cholesterol from being absorbed by the body. The gel and cholesterol are then excreted as waste.

Analysis of 12 studies involving more than 1,000 people showed that adding beta glucans each day to your  diet via porridge, other oat-based cereals and oatcakes reduced cholesterol by up to five per cent within three months.

Three grams of beta glucans a day. This is equivalent  to a small bowl of porridge, three oatcakes and two slices of oat bread. This would also contribute about  5g of your daily fibre intake.

ADVICE
Studies show beta glucan is good for heart health  and it’s easy to eat more oats.   There are now even breads with added oat bran. But people need to try to eat three portions a day on a regular basis to have an effect. 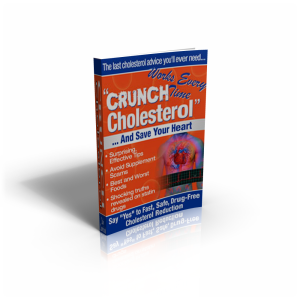