The Science Behind a Broken Heart 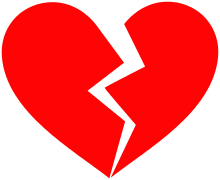 How many times in our lives as we get older do we hear of an older couple where one passes away and then the other dies too not so long afterwards.

As a health Sciences lecturer I have sometimes wondered about the physiology of this occurrence and so i was interested to read this article.

Hope you enjoy it too!

With a large portion of society entering their later years, we often see the effect of one member of a long-established couple passing away and then the other succumbing a short period later. Oftentimes described as “dying of a broken heart”, a new study published in the Journal of the American Medical Association Internal Medicine has showed that there is actual science behind this occurrence.

The conclusions of the study, which was conducted at St. George’s University of London, declares that grief can lead to an increased amount of physical stress and that it can also add to the risk of people losing interest in taking their medications.

This was one of the most recent studies to actually investigate bereavement as a genuine risk factor for cardiovascular issues. The researchers involved with the study assessed the rate of heart attack and stroke victims in patients over the age of 60 whose partner or significant other had recently passed away. The researchers then compared this data to individuals whose partners were still alive.

Thirty days later, however, the risk begins to fall for those who have recently lost their partner.

Speaking to the media, Dr. Sunil Shah (a co-author of the study) declared that “we often use the term “a broken heart” to signify the pain of losing a loved one and our study shows that bereavement can have a direct effect on the health of the heart.” Previous studies have shown that people suffering from grief can see changes in blood clotting, blood pressure and heart rate control.

The combination of adverse physiological responses (such as avoiding taking daily doses of medication) with the symptoms associated with grief can significantly raise a persons likelihood of suffering a stroke or heart attack. With loneliness in senior citizens widely-considered to be another heavy risk factor of death, it is clear that further study is definitely needed to help combat this growing scourge among a large portion of our population.

To your health!
Kathy